How To Prune Evergreen Azaleas

Posted by Brent Wilson on 8/30/2016 to Pruning Tips
Pruning azaleas is not difficult when you know how to do it. Though azaleas can handle almost any amount of pruning, wrong pruning can effect blooming and leave you with unsightly plants. When it comes to pruning azaleas, a little good advice goes a long way towards growing pretty plants that will bloom heavier with each new year that comes.
Note: If you are pruning Encore Azaleas go here
Here's what you need to know regarding pruning evergreen azaleas...
When To Prune Evergreen Azaleas
Note: If you are pruning Encore Azaleas go here
Azaleas do not require pruning, though they respond very well to it when pruned at the right time. You want to prune your evergreen azaleas immediately after the blooms have faded in spring.
The next question might be: Should I prune my evergreen azaleas at the end of summer or in the fall?
The answer is: no. Why? Because you want to avoid cutting off fall-produced flower buds that will be next spring's blooms. Too, mid- to late-fall pruning can stimulate tender new foliage that could be damaged or killed by an early frost or freezing temperatures. So, to avoid problems, cease pruning evergreen azaleas in mid-summer.
How To Prune Evergreen Azaleas
Maintenance Pruning
At any time of year it's good practice to remove damaged or dead branches if and when they appear on your evergreen azaleas. This helps to keep the plant tidy and prevent the spread of disease. Cut back damaged branches just beyond the point of the break and preferably just above a leaf on the branch. Cut back dead branches at their origin.
After Spring Bloom
When pruning an evergreen azalea immediately after its blooms have faded in spring, use a sharp pair of  bypass hand pruners to cut back back branches that have outgrown the rest of the shrub and/or are spoiling the shape of the plant. Make your branch cuts at a point a couple inches or so above the main form of the plant. Try to make your cuts about an inch above a leaf on the branch.
Tip: It's a good idea to feed your azaleas after you prune them with an Azalea Fertilizer.
Note: I don't like using hedge trimmers to prune azaleas. Reason being, shearing foliage will cut their leaves in half, leaving your plants with an unsightly appearance.
Rejuvenation Pruning
Rejuvenation pruning is a technique most often used to restore older, tired and thinned out azaleas to health. This pruning technique involves cutting the branches of the shrub back to short stumps. This is the only way to remove all of the old wood and provide the plant with one hundred percent juvenile wood loaded with leaf buds.
When and if your azaleas require rejuvenation pruning, there are two basic methods for doing so. You can cut the overgrown shrub back in one fell swoop, or spread the pruning out over several seasons.
One fell swoop...
If you choose the all-at-once approach, cut all the branches back to 6-12 inches above ground level in late winter or very early spring, before they would ordinarily flush out with new growth. When using this method, do not feed the azalea after pruning. After pruning, the shrub will typically grow a fair amount of new growth in the first year but will not start to produce blooms again until the second year. By the third or fourth year after the rejuvenation pruning the shrub should be of fair size and have a nice, compact shape. From this point on, you can prune it lightly as normal.
Gradual approach...
The more gradual approach to rejuvenation pruning involves spreading the process over a three year period; cutting 1/3 of the stems to within 6-12 inches of the ground at the beginning of each growing season. By the end of this time, all the old wood will be removed and only healthy new growth will remain. When using this method, you can feed as normal after pruning.
Related Articles from Our Experts
Questions? Contact Us!
Previous Post
Next Post 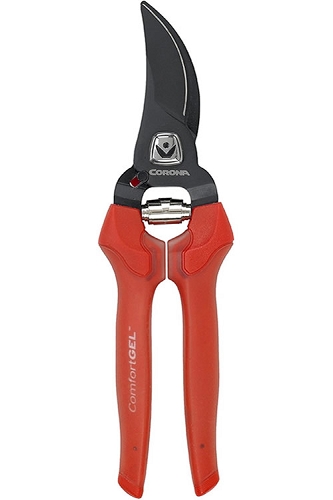 Corona ComfortGEL Bypass Pruner 3/4-Inch Cut
FREE SHIPPING
Temporarily Out of Stock. Click button below to get on the Waiting List!
(0)
Sizes & Prices 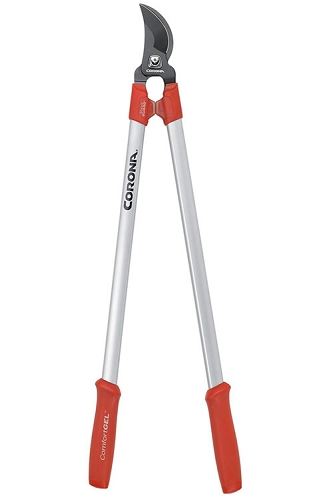 Corona ComfortGEL Bypass Lopper Pruner
FREE SHIPPING
Temporarily Out of Stock. Click button below to get on the Waiting List!
(0)
Sizes & Prices 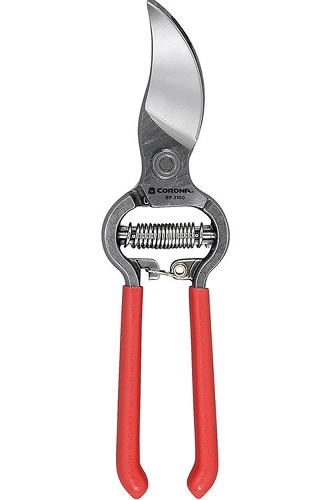 Corona 3160 Bypass Pruner 3/4-Inch Cut - 1 Pruner
FREE SHIPPING
Temporarily Out of Stock. Click button below to get on the Waiting List!
(1)
Sizes & Prices